You are here: Home / Predators circle UK firms as pound plummets amid fears of a no-deal Brexit

The plunge in sterling has left British businesses vulnerable to being snapped up by foreign predators.

With the pound at its lowest level for more than two years, City insiders warned that overseas suitors were looking to buy UK firms on the cheap. 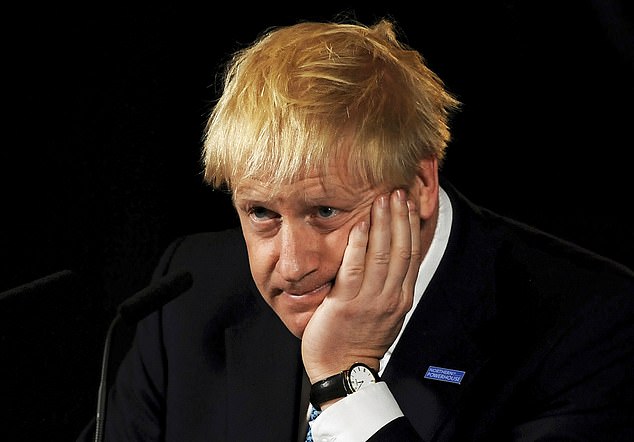 And Bank of England governor Mark Carney this week warned a No Deal Brexit could send the currency even lower.

‘US private equity buyers can borrow at incredibly low rates, while funding interest and repayments from the target’s cash flows.’

Richard Dunbar, head of macro investing research at Aberdeen Standard Investments, said: ‘I suspect around the world, and particularly in the US, anyone from a dollar base will be running the slide rule over UK companies.

There’s a lot of quality assets here, and the more sterling falls, the cheaper those assets become.’

Last week Cobham, one of Britain’s biggest defence businesses, announced it was being bought out by US private equity giant Advent International for £4billion.

Daniel Sasaki, managing partner of UK private equity firm Mayfair Equity Partners, which sold Fox to Lew’s, said: ‘If you are a dollar-based investor, you are buying anything in the UK at a discount to what you would have done three-to-four years ago.’

It is thought several more companies are still in the sights of foreign buyers.

He believes William Hill and housebuilders such as Persimmon, Bovis, Redrow and Barratt could also be in play, while Burberry may look tempting to other luxury rivals such as Louis Vuitton-owner LVMH.

Sasaki said that for some sellers, Brexit uncertainty has perversely bagged them more money.

Because many business owners are adopting a wait-and-see approach to selling their firms, few good assets are coming on to the market.

Buyers who have money to burn, such as private equity firms, are willing to splash a little more cash to grab the cream of the crop in Britain.

Mayfair, which bought Fox for £50million in 2015, has roughly trebled its money through the sale.

It is understood that a number of parties were interested in scooping up Fox, with at least two other US private equity firms among them.

…but the fall in sterling helps tourism take off

The slump in the pound may have pushed up the price of foreign holidays for Britons this summer.

But it is likely to boost the UK tourist industry as some families opt for ‘staycations’ and visitors flood in from overseas.

Figures from travel industry experts Forward Keys show summer flight bookings to the UK from China are up 21 per cent on last year, Indian bookings are up 20 per cent and Japanese 10 per cent.

Patricia Yates, director at Visit Britain, said: ‘If you think that China is the world’s biggest outbound market, it’s where we can see global growth, so it’s really good that British tourism – a very well established industry – is capturing its share of that new growth market.

‘Our traditional markets are Europe, where we’re seeing demand a bit softer, and America, where we’re actually seeing really good growth this year, but being able to capture growth markets is key to the future success of tourism.’

Noting the growth in Chinese and American visitors, she added: ‘We know they are our highest spending market. So we would anticipate a good year.’

Diane Howarth, who runs Cottage in the Dales, a self-catering holiday letting business in Yorkshire, said Britons choosing to holiday at home had boosted her firm.

She said: ‘It’s been a record year for us. It’s never happened, being booked two years in advance. With the Brexit uncertainty, it’s already helped the UK staycation market.’

On Sunday, international rating agency Moody’s Investors Service has lowered Russia’s credit rating to Ca, the second-lowest grade of its ratings ladder. The decision was “driven by severe concerns around Russia’s willingness and ability to pay its debt obligations.” According to the agency, capital controls earlier introduced by Russia’s central bank are expected to restrict payments on the country’s foreign debt and may lead to default. Source: RT News … END_OF_DOCUMENT_TOKEN_TO_BE_REPLACED

1. De-clutter your browser each day by going first to Explorer, then to Tools, and then to Internet Options, Temporary Options, and Temporary Internet Files. Click on Delete Files. Say "yes" to "Delete All Offline Content." 2. Update your virus protection weekly by clicking on your virus icon every Monday morning and following the prompts. *Advertisement* It's a Lot of Bull! Don't believe what you've been told about your health... Tired of getting health advice from fat doctors with pasty … END_OF_DOCUMENT_TOKEN_TO_BE_REPLACED

I've said it more than once and Dr. Sears has backed me up. When it comes to staying in good health, there are very few things more important than keeping your weight down. I was always thin -- until I turned 40. Then, like every member of my Irish lineage before me, I ballooned. My weight went from a pretty muscular 170 pounds to something more like 230. My head alone must have weighed 30 pounds -- I was apparently experiencing that Ted Kennedy expanding-cranium problem. Then I went on the … END_OF_DOCUMENT_TOKEN_TO_BE_REPLACED

AI-driven search and digital marketing is just around the corner. So too are newer devices, such as folding phones, and faster-than-ever connections via 5G. As a webmaster or internet marketer, your work is never finished when it comes to maintaining your website and ensuring it works as it should. In this post, we’ll look at four things you can do right now to futureproof your website and to protect it against future change. Responsive Design Of course, your website should already have a … END_OF_DOCUMENT_TOKEN_TO_BE_REPLACED

On Sunday, international rating agency Moody’s Investors Service has lowered Russia’s credit rating to Ca, the second-lowest grade of its ratings ladder. The decision was “driven by severe concerns around Russia’s willingness and ability to pay its debt obligations.” According to the agency, capital controls earlier introduced by Russia’s central bank are expected to restrict payments on the country’s foreign debt and may lead to default. Source: RT News … END_OF_DOCUMENT_TOKEN_TO_BE_REPLACED

As technology advances, so, too, does digital currency. An early form of digital-based money was the electronic exchange of cash between bank accounts or an electronic payment utilizing credit. This … END_OF_DOCUMENT_TOKEN_TO_BE_REPLACED

AI-driven search and digital marketing is just around the corner. So too are newer devices, such as folding phones, and faster-than-ever connections via 5G. As a webmaster or internet marketer, your … END_OF_DOCUMENT_TOKEN_TO_BE_REPLACED